Portraits, something so simple yet sometimes so hard to achieve without looking staged or set up. My love for travel photography centres around ‘environmental portraiture’ – where I am able to capture not only the faces and expressions of my subject, but their surroundings and environment as well. This allows the viewer to better engage with the photo, and to understand and feel how the subject lives and exist. My go to lens is the Canon 35L on an FF body, allowing me to have a wide enough photo yet still maintain a high degree of depth of field.

Near the border and buffer zone between India and Pakistan, in the Thar desert region near Jaisalmer – I spotted an old goat herder. I asked to take a photo of him and he proudly posed for my camera, yet at the same time was quite protective of the girl behind him. His body language indicated that he did not want her to be captured at all. So I thanked him and walked back to the camp site. 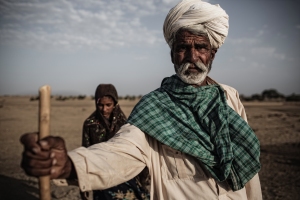 A handsome local who rode up to our campsite to sell soft-drinks with his young son. 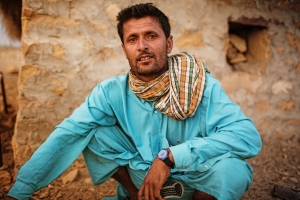 A photo and scene that will stick in my mind for a long time. During our trek in the Annapurna foothills, a local village boy ran up to us and constantly begged for chocolates. Unfortunately we did not have any to give to him. Such luxury goods are highly prized by villagers in remote areas. 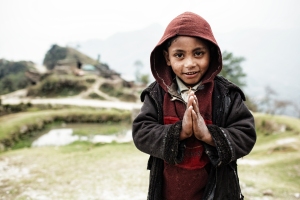 You dont realize how fit locals are living in the mountainous terrains, until you see them carrying heavy loads on their backs – while smiling at you without breaking a sweat, up and down the steep trails. 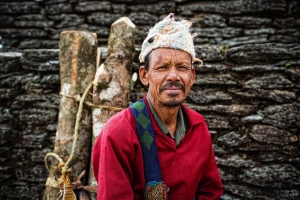 The Boudha Stupa in Kathmandu is a place of significant religious value, but open to tourists, monks and those practicing yoga from all over the world. An elderly monk was praying and seeking alms as I took a photo of him. 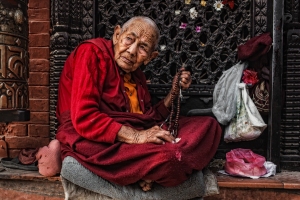 Durbar Square in Kathmandu in the afternoons is the place to be for many locals. The destination to meet up with friends, buy produce from market stalls, or to simply sit back and soak in the atmosphere and people watch – particularly wide-eyed tourists who had just arrived in the country. This little girl was playing by herself using rocks and bottle caps. A drunken villager who was celebrating with his family when we came by for a break from the descent from the mountains. 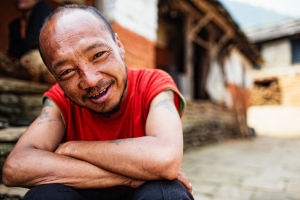 Tourism in the Rajasthan region of India is still growing strongly, with many resorts and hotels being built in the Thar desert, this was one of the workers at a resort site I came across. 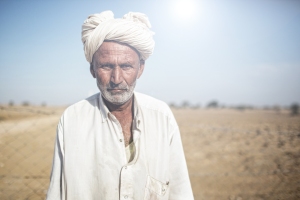 The young boy who accompanied his dad on his own camel, coming by to sell us soft drinks in the desert. 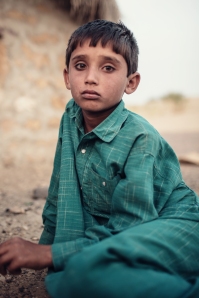 A shy boy who hid behind other boys and young men, when we came to visit their village outside of Jaisalmer. 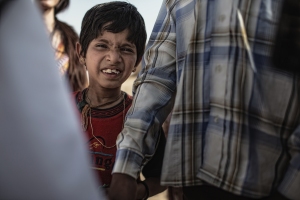 At the Epitaphs outside of Jaisalmer, local school boys came up to us out of curiosity and kept asking us for one thing, which we couldnt understand. It was not till a while after that we found out they were asking for pens and pencils….. 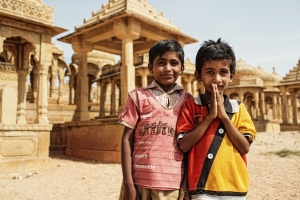 He was trying to explain to me the rules of this game, naturally our language barrier prevented me from understanding much. But from the time spent with him – it seemed very similar in ways to Chinese chess. 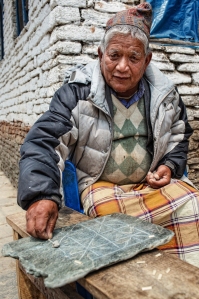 The morning after. Our guide cooking breakfast for us, before a herd of goats invaded the campsite and tried to steal food. 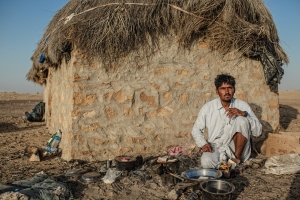