Why You Should Have a Compact Back-Up Camera

In your travels around the world, have you ever noticed those guys who lug around big ass tripods and with 1 or 2 cameras slung over neck and shoulders, and all sweaty and cumbersome in their movements? Ok some of them may be there on assignment or for official purposes, but really 99.9% of the time, they’re just tourists and travelers like you and me.

I believe in absolute image quality at every given chance possible, but sometimes – you just need to compromise. Be it for safety reasons ie. I dont lug around a tripod or DSLR in areas known for petty crimes (do your research first), or for legality and religious reasons ie. temples or government/military areas. But it doesnt mean you should leave your cherished DSLR back in your room or hotel safe though. Compact cameras which are easily pocketable in jeans or jackets are now able to provide excellent resolution at base ISO, even performing respectably in low light at mid to high ISO (albeit with some noise reduction involved later in post production).

I used to travel with an Olympus EP1 but found it hard to be fully pocketable due to the size and lens sticking out – and the pancake lenses can only reduce it so much. But then I lost the damn camera on a train in Paris not long after it survived Mongolia! Nowadays, my preferred compact camera of choice is a Canon S100 – its small size, decent high ISO performance and F2 aperture, combined with the ability to film in 1080p make it a perfect companion to a DSLR when you don’t want to haul around something bigger and less discrete. Not to mention the ability to shoot in RAW with a compact is invaluable to me and others!

Discretion is the key to being a photographic traveler – to blend in and immerse yourself with the local culture is more respectful and important than trying to capture everything and anything possible – such as having a mega-zoom lens or multiple lenses in your backpack.

Below are some sample shots from the last few days in Hong Kong and Chiang Mai, Thailand with the Canon S100. They were taken at random moments whenever I saw something interesting and pulled out the camera, from my pocket:) 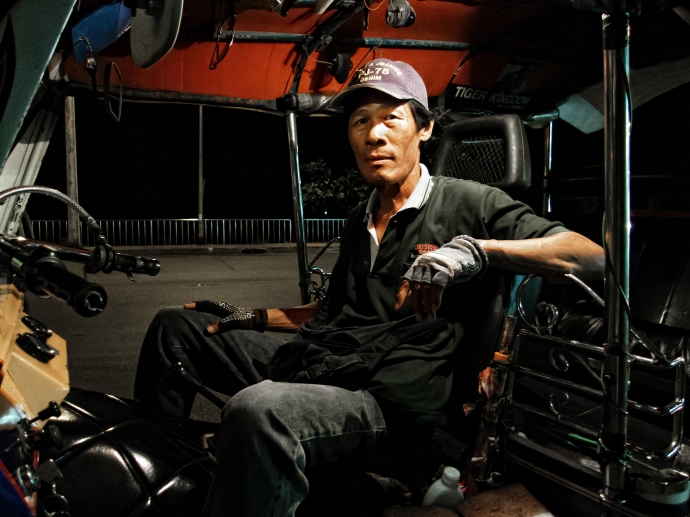